Do you know things aren’t always the same as we see them in advertisements?

Just take an example of the McDonald’s hamburgers.

So how do you see them in the ads?

A 100% beef patty with a lot of toppings, salads, and tangy pickles?

Well, today, here in this article, we will guide you through the major secrets about “what’s actually in the McDonald’s Hamburgers and definitely, things are not the same as they should (from the real food perspective). You can also check out the real components of the Hamburger by deconstruction and see what is the meat in them.

What is in McDonald’s Hamburger?

Before you proceed with the answer to this question, bear in mind that it is not something that McDonald’s lovers or the passionate fans of fast food want to hear.

But we are here to connect you to reality.

To unveil the secret behind the meat ingredients, we have completely deconstructed it and carefully analyzed its other parts as well.

Without further ado, let’s move on. 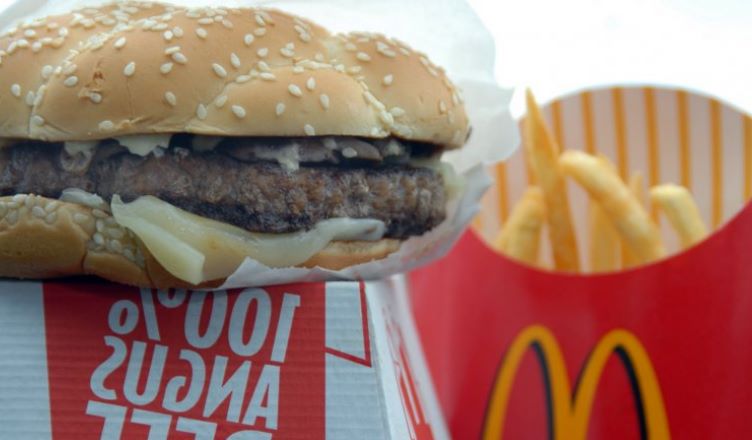 Having a quick look at what’s in a McDonald’s hamburger as outlined in their nutritional information shows a fairly harmless ingredient list:

As you can see that the above list reveals that McDonald’s hamburger is the truly hygienic, safe and natural option for everyone. However, the reality is quite different.

But you can only understand this when you deconstruct the hamburger and see whether or not it is junk food.

Only looking at par reading the ingredient list is not enough. You have to dive deeper to understand what is in it and whether or not the ingredients are as real as they are advertised and mentioned in the nutritional chart.

You may or may not like what you see inside the hamburger, but we have to carefully go through all the components of the hamburger.

As discussed earlier, McDonald’s promises that the hamburger contains 100% pure beef. Here is what you can read in their nutritional guide:

The recent news about McDonald’s hamburgers has revealed shocking news. According to this news, McDonald’s was using pink slime in their hamburgers. It seems incredible but we have to believe it because it was officially mentioned by McDonald.

What is Pink Slime?

Pink slime is basically the Ammonium Hydroxide that is not something you should eat. This chemical ingredient is most commonly used for household cleaning purposes and even the main ingredient of homemade explosives. Its use in fertilizers is also clear to everyone.

Can you even imagine that McDonald’s was playing with the health of the people?

Being such a well-reputed food chain, it is their responsibility to show in the ingredient list what’s actually in the beef part.

Though, they have made an initial statement about it and promised that they will no longer be using the pink slime in the beef part of the hamburgers but it has damaged their reputation.

In a statement posted on its website, McDonald’s senior director of quality systems Todd Bacon wrote:

“At the beginning of 2011, we made a decision to discontinue the use of ammonia-treated beef in our hamburgers. This product has been out of our supply chain since August of last year. This decision was a result of our efforts to align our global standards for how we source beef around the world.”

So when you are eating the hamburger, you are not safe because you are taking a lot of unhealthy ingredients including dangerous bacteria, hormones, and other chemical components.

The most shocking part?

The quality of the beef is still a great question because some sources say that the beef of the McDonald’s hamburgers come from the CAFO (concentrated agricultural feeding operation) cows which are the sick cows and their meat can make you sick too.

In short, eating a McDonald’s hamburger is no longer a hygienic option.

Hi, this is Fred. Welcome to my food gadget blog. I’m a retired chef. And I set this site up to share with you my passion for kitchen gadgets throughout the years. Hope that you will find my experiences helpful.

Gebistro.com is a participant in the Amazon Services LLC Associates Program,an affiliate advertising program designed to provide a means for sites to earn advertising fees by advertising and linking to Amazon.com. Amazon and the Amazon logo are trademarks of Amazon.com, Inc. or its affiliates.